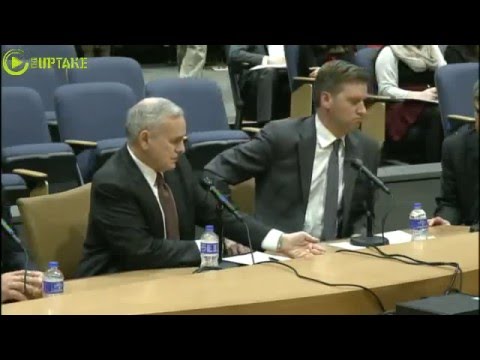 Minnesota Public News posted a recent article about how Governor Mark Dayton is resisting the efforts of the more fiscally concerned state representatives, to eliminate the state taxes on social security benefits.  The Republicans in the Minnesota House are arguing that people are leaving the state because of the high tax climate, and that sweetening the deal for retirees will help them stay put. Mark Dayton and His democratic supporters argue that the government would be able to handle the money in a more effective manner than the retirees would – causing them to argue that retirees earning above $32,000 a year don’t deserve the tax relief.

Will the low tax rates of Florida, Arizona, South Dakota and Texas cause Minnesotan’s to make those states their primary residence?

Listen in this video as Minnesota Governor Mark Dayton argues that the government is desperately going to need the revenue someday, although the state is running a current budget surplus.   Watch the video to hear what this is all coming down to.[/fusion_text]

Minnesota is one of the “Worst of the Worst States” Concerning Taxes.

What’s ironic, is that this Minnesota Public News article didn’t mention any of these articles talking about how Minnesota has some of the highest taxes for retirees in the country. http://www.kiplinger.com/tool/retirement/T055-S001-state-by-state-guide-to-taxes-on-retirees/

Not only that, but the Heritage Foundation ranks Minnesota as the 47th worst overall tax climate for businesses. http://taxfoundation.org/article/2016-state-business-tax-climate-index

While the employee only pays 6.2%, the employer pays the other half.  Then Health and Human Services department takes that money and (pretends to) put it into a trust fund in order to pay out a guaranteed benefit in the future.

That means the government is taxing you and your employer, and then paying you a benefit when you get older.

The great question is, should that benefit be subject to even more tax?  As it stands right now, the answer is yes.

What state the new Baby-Boomer retiree’s will choose to become primary residents in will largely be determined by healthcare facilities, services, and the tax rates on all their benefits.

Do you Know How Close you’ll be to the provisional income thresholds which determine those taxes?